The Obvious as Creativity

I just read a great article on how being obvious leads to creativity.

Among a diverse group of collaborators, others’ “obvious” (to them) contributions appear wildly creative from my perspective; and likewise, what seems obvious to me is often wildly creative to others. This realization holds the secret to group creativity: be yourself. Worry less about trying to be the creative one, and more about how you can unlock the contributions of others. So as my friend and legendary improviser Dan Klein often says, “Dare to be obvious!”

This might sound obvious *wink*, but what is easy and obvious to you may not be to another.

Misinterpretation can be an instance of the obvious as creativity.

My brother recently explained to me an interesting concept. It was about the rise of cultural globalisation. People from all around the world are assimilating to a more uniform culture and lifestyle. While this seems to many of us an emerging trend, much of the world remains left out. Instead of being divided by geographical borders, we are increasingly divided by economic and societal ones.

As I started to explain this concept to my friend, he immediately understood it to mean that while so many cultures are being influenced by the same global information and trends, they each interpret it and react differently. This allows for a variety of cultural shifts but no agreement on a global uniform culture.

Allowing myself to venture even further off on a tangent, notice how my friend is ironically embodying the behavior of cultures that he describes. When given the same information as I did, he interpretted it differently, as he claims cultures do with the same global influences.

I find both concepts equally interesting and with eye opening potential. One was unlocked through misinterpretation, and it remains to be seen whether my interpretation was as my brother intended in the first place.

My friend was not trying to be creative. The idea was obvious to him.

The New Platform for Creativity

Hunome is designed as a safe, non-judgemental space for collective thought. 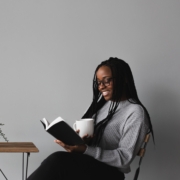 Giving you a great experience sits at the heart of what we do here at Hunome — and cookies help us do that. Our essential cookies are necessary for Hunome’s functionality, but we’d also like you to accept non-essential cookies so that we can analyze and improve Hunome. You can change your preferences at any time.